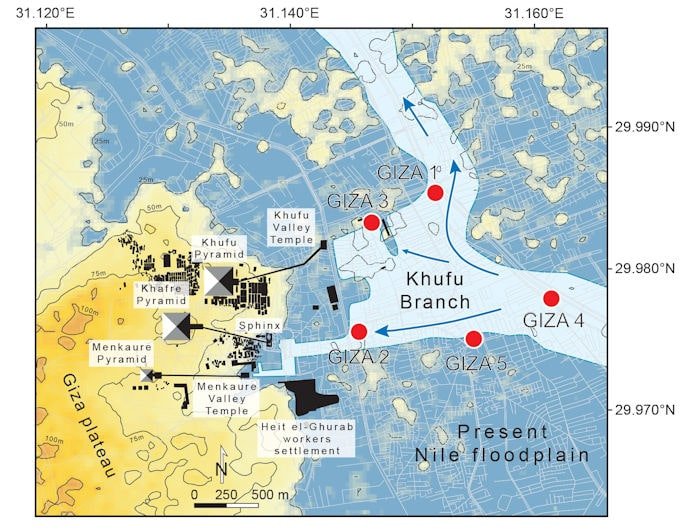 The recent Wadi al-Jarf papyri discoveries, which document contemporary Nile boat transport of stone blocks for pyramid construction from the cliffs opposite Giza and from the Red Sea, have helped to solve some of the mysteries surrounding those pyramid constructions.The discovery of a trove of papyrus fragments at the site of an ancient harbor near the Red Sea in 2013 sparked the project. Some of the scrolls date from Khufu’s reign and tell of an official named Merer and his men’s efforts to transport limestone up the Nile to Giza, where it was fashioned into the Great Pyramid’s outer layer.